We have come a long way from using the barter system to using coins and notes, now we are in an age where we can use intangible forms of currency to buy goods and services. Furthermore, the inception of cryptocurrency has completely changed the game. With a lot more benefits to offer, cryptocurrency is becoming more popular by the day.

All You Should Know About Bitcoins And Bitcoin Taxes

Cryptocurrency: What Is It?

A cryptocurrency is a digital asset designed to serve as a means of payment that uses robust cryptography to protect financial transactions, monitor additional unit development, and verify asset transfer. In comparison to the centralized digital currency and central banking systems, cryptocurrencies are decentralized, which means they are not under the control of the government or any kind of central authority.

Bitcoins: What Are They?

Bitcoins are a form of cryptocurrency that is part of a decentralized blockchain network. Bitcoins and bitcoin transactions are always registered, checked, and stored on the same network, also as mentioned above cryptocurrencies are part of a decentralized system and are not under the control of any central authority. Bitcoins holders are able to transact with anyone from all across the world and the pace at which the transactions take place is unimaginable. This is why they are the most popular kind of cryptocurrency.

How Do They Work?

Listed below are some of the features of bitcoins that make them special:

As mentioned above bitcoins has a lot beneficial features, listed below are just a few of the benefits a bitcoin holder can avail

Since every transaction is recorded on the blockchain and can be traced, it makes it hard to commit fraudulent transactions/acts.

It is quite easy to add or eliminate 3rd party consent, it can be done according to bitcoin holder’s wishes. Apart from being recorded on the blockchain, the transactions are also verified.

Lower to None Transaction Fees

Usually, there are no fees applied on bitcoin transactions but bitcoin holders sometimes tend to involve a third party to help them in managing transactions and their wallet.

Bitcoins are part of a decentralized network that is not governed by any kind of authority, and nobody needs to identify themselves. Bitcoin uses the “push” transaction method which allows the sender to send only what is required without any further information. You just need to have a bitcoin wallet, it doesn’t even have to include your name.

The authorities to ensure that the rules regarding bitcoin taxes are being followed, they sent letters to around 10,000 bitcoin holders that they suspect to not have reported income and pay the bitcoin tax amount. Failure to do so will result in criminal prosecution and they also will be penalized heavily.

Bitcoin holders must report every transaction without fail no matter how large or small it is in value. 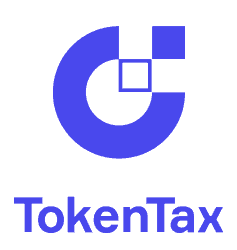 Token Tax facilitate all foreign exchanges and help to provide multi-account reports. These also represent the mining companies and aid with the collection of tax-losses. 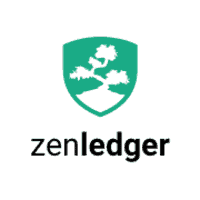 It is easy to measure transactions with a user-friendly interface and they support all major crypto and fiat currencies and are they are IRS compliant. 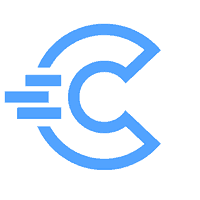 Created by Coin Ledger, CryptoTrader lets you easily import your trades, add your income from the crypto and download a study.